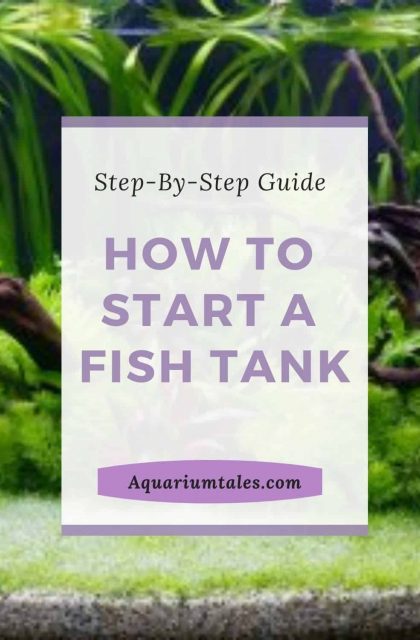 Fish as a pet is adorable, and they deserve the best care. In return, they furnish your life with more color and fun. An aquarium is a fascinating addition to any home or workplace, being a source of entertainment and stress relief.

All beginners search for guidance to make a smooth opening in the aquarium journey. But unfortunately, reliable resources are limited. No wonder you and many other enthusiasts are hovering in a big question of how to start a fish tank!

When I was a newbie, I also ponder over ‘how things should be done, and over the time being, I learned how to do that. Now I am sharing my experiences with you.

Newbies make a common mistake to jumpstart this exciting hobby without proper research. Planning is the key to successful fishkeeping. You have to know your aim and curbs on the path.

Though starting an aquarium is a pretty easy task, but you have to know the right steps. In this article, I’ve come up with six vital steps to start aquariums.

Contents hide
1 How to Start A Fish Tank in 6 Quick Steps for Beginners
1.1 Step-1: Plan for the Aquarium
1.2 Step-2: Make A Proper Fish Selection
1.3 Step-3: Arrange Right Accessories
1.4 Step-4: Cycle the Tank Before Stocking
1.5 Step-5: Maintain An Ideal Fish Density
1.6 Step-6: Prepare A Checklist of Routine Maintenance
1.7 Final Words on How to Start A Fish Tank

Step-1: Plan for the Aquarium

It is the first and the most crucial step that you should never miss out. Resolve the type and size of your desired aquarium. Do you want to start with a small freshwater tank or a large Marine tank?

The aquarium size should match with your budget and space available in your room for it. Many people prefer 5-gallon aquariums as their home showpiece, and in the market, you’ll find vastly popular 5-gallon tanks.

But for the fish to attain their best performance, I prefer a larger size. Start with at least a 10-gallon tank. A number of species of freshwater fish are nicely compatible with 10-gallon aquariums.

Yes, the fish selection is also vital. As a newbie, the benchmark of your fish selection should be, picking hardy fish. If the first lot of fish don’t survive, some first-timers get so dishearted that they end up buying no more pets. The tragic finishing of a story even before it starts!

I don’t want you to be a loser like them! Find a list of fish suitable for beginners that are hardy enough. And pick them who are easy to care for. Fish that don’t require any special attention or care can be the best mates in your aquarium journey.

If you plan to make a community tank, simply pick peaceful species. Don’t choose a fighting fish for a community aquarium. For an aggressive fish like Betta, you’ll have to build a single Betta fish aquarium.

If you sequentially arrange a list of most essential aquarium accessories, the aquarium filter will be at the top, following by the heater and the lighting. Substrates, decors, or live plants have some vital uses, but many people may consider them ‘nice-to-have’ only.

An effective aquarium filter in unreplaceable to maintain healthy fishkeeping. In recent days befitting filters are available with most aquarium kits. But if you have to buy one separately, be sure it is adequately sized for the aquarium. 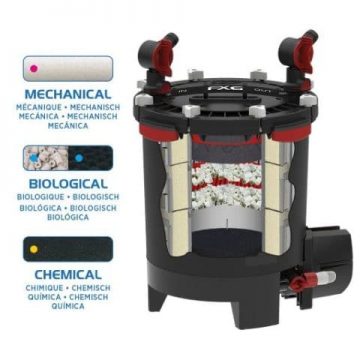 The second most important item is an aquarium heater. Most tropical fish require a steady temperature from 74° to 80° F. Fish are susceptible to bacterial and fungal infection in low water temperature.

While picking a heater, determining its capacity is crucial. The most straightforward rule of thumb is 2.5 watts per gallon, at least. That means a 25-watt heater is a minimum requirement for a 10-gallon tank.

Lights and substrates are indispensable to establish a beneficial natural cycle in aquariums. From the aesthetical perspective, an aquarium without lighting is unimaginable. I’ll suggest investing in simple LED lights at the start.

The substrate is the bottom bed material. It significantly affects the water chemistry of the aquarium and the well-being of the tank inhabitants. Gravel and sand type substrates are well-liked choices among aquarists.

I won’t suggest sands for my newbie friends, as it requires a little more stringent maintenance. So gravel is the better option for you. Standard gravels are available in the market. Two pounds of gravel per gallon of water will be sufficient.

Having live plants in aquariums is an excellent idea. Live plants establish a healthy aquarium environment, but at the same time, it requires additional care and effort. In this case, you can have one or two potted small plants or Marimo moss balls. They will be easy to handle.  Check this article for your planting guide.

Step-4: Cycle the Tank Before Stocking

Have you ever heard about the nitrogen cycle in a fish tank? It is a biochemical process, takes place in aquariums and significantly decisive for healthy aquariums. Well, let’s explore a little deeper into this process.

The presence of a trace amount of ammonia can kill your fish. But a nitrogen cycle helps the fish tank get rid of ammonia by converting it into nitrates, and some beneficial bacteria catalyze the full process.

It usually takes 6 to 8 weeks for establishing a mature nitrogen cycle in a newly built aquarium. So, this cycling process is time-consuming, as you have to allow adequate time for growing a colony of beneficial bacteria.

There are two methods of cycling a fish tank, one is traditional with fish, and the other is fishless cycling. In a traditional cycling process, fishkeepers add some hardy fish in an immature aquarium. Fish wastes produce ammonia and promote growing bacteria colonies naturally.

I never feel good about killing poor animals. Otherwise, you have to be super diligent with maintenance during this time, and a minor mistake can kill your fish. So, in my opinion, this process is not actually feasible for an inexperienced hobbyist.

Fishless cycling is advisable for newbies, but it requires patience. You’ll have to wait at least four weeks with an empty aquarium to have the first fish.

For cycling a new fish tank, you’ll have to add household ammonia and bacteria seeds in meticulous care. Household ammonia is readily available in DIY stores and pharmacies.

Some people add fish feeds to an empty tank, instead of ammonia. It is not at all a bad idea. Rotted foods produce ammonia, and ultimately the result is the same.

Overstocking is a common mistake by beginners. Disregarding the urge of having various colorful fish is somewhat hard to check! Isn’t it?

But overstocking is dangerous for new fishkeepers. An overstocked aquarium is harder to maintain in a healthy state. Water quality deteriorates rapidly by toxicity buildup, resulting in fish deaths.

The same mistake I made when I bought my first aquarium. It was a typical 10-gallon home aquarium, and there I put a total of 14 fish, having various sizes and colors.

Within a couple of days, I observed cloudy aquarium water. I performed a water change, but bad luck, half of my fish died in a week! I had to seek an expert’s opinion at that time.

Experts advise a rule of thumb keeping one inch per gallon. If you have a fish with 5.5 inches in length, the rule implies that roughly the fish alone will require an entire five-gallon tank.

If you are buying a juvenile fish, it will grow larger in the aquarium. Always consider the length of an adult. There is a bizarre aphorism by experts about fish stocking; estimate how many fish are suitable for an aquarium, and take less than that!

A systematic approach for maintaining the aquarium is efficient, and it will lessen your hassle. You can keep a log for the daily, weekly, bi-weekly, and monthly undertakings necessary.

In the bi-weekly and monthly schedule, you have to perform little extensive tasks like filter media changes, water testing, scraping glasses, etc. 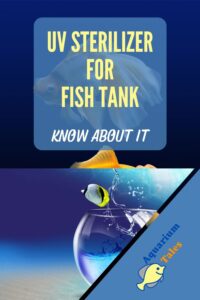 UV Sterilizer for Fish Tank – Know About It 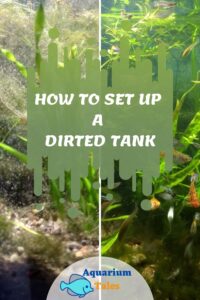 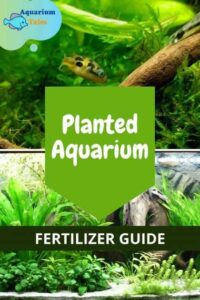 Why Are My Aquarium Plants Turning Brown? Learn to Overcome

Do you need a co2 system for a planted aquarium? Get the truth

Final Words on How to Start A Fish Tank

Once you start this fascinating journey, you’ll find everything quite easy. Fishkeeping will never be humdrum. Fish are colorful adorable pets for bringing charm to your life. They don’t demand much supervision and commitment.

Fishkeeping is a pleasing hobby! In a survey conducted by the American Pet Products Association (APPA), 34% of fishkeepers considered fishkeeping to be a rewarding hobby. This percentage was the highest of all pets following by birdkeeping, which was 22%.

The hands-on experience is gold, and only a piece of bookish knowledge is worthless. Still, you need resources to assist your aquarium journey. I have got a list of 30 aquarium blogs you may find useful to gather information.

One site I should specifically mention. Tropical Fish Care Guides’ is a great resource to help beginners avoid the biggest mistakes and teach them how to look after tropical fish the right way.