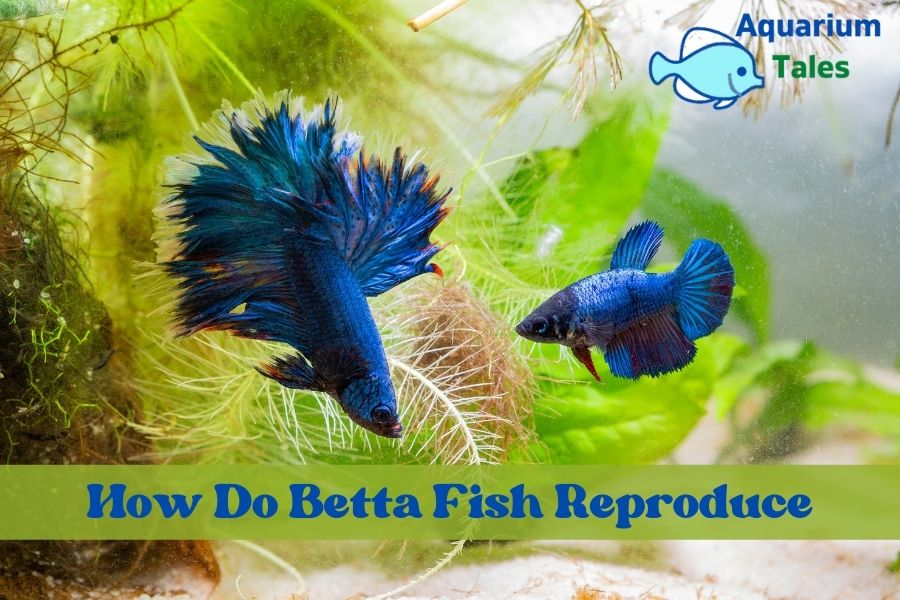 The answer may surprise you. Contrary to popular belief, betta fish do not reproduce by fighting each other. In fact, they can mate quite peacefully if you provide the right environment for them.

If you’re curious about the reproductive habits of these colorful little fish, you’re in for a treat. In this post, we will discuss all you need to know about how do betta fish reproduce and answer any questions you may have.

We’ll also take a look at their breeding season and discuss what happens when they don’t get along. So read on to learn more about the fascinating process of betta reproduction!

No, betta fish cannot reproduce asexually. They must have to mate in order to breed. However, female bettas will generate eggs regardless of whether or not there is a male present.

So, when do you know female betta is about to produce eggs? You should look for a white stripe in the region right below the belly button. This indicates that the females are carrying eggs and are ready to lay eggs in most cases.

Female Bettas don’t get pregnant because they do not retain the eggs; instead, they release them. After that, male betta capture the eggs, place them in what is known as a bubble nest, and fertilize.

How Do Betta Fish Reproduce?

Bettas are known as “anabantoids.” This group of fish also includes gouramis and paradise fish. All of these fish share the same reproductive habits. They all build bubble nests and care for their young.

Bettas are known for their elaborate bubble nests. These nests are made of saliva and bubbles, and they serve to protect the eggs and fry (baby fish).

The male betta will build the nest and entice the female to lay her eggs inside it. He will do this by wrapping himself around the female and squeezing the eggs out for her. Once the eggs have been laid, the male will carefully fertilize them.

After that, he will defend the nest ferociously from any potential predators. He will also make sure that the eggs have enough oxygen by blowing bubbles into the nest.

The incubation period for betta eggs is about 24-48 hours. After that, the eggs will hatch, and the fry will be born.

At this point, the male betta’s job is not yet done. He will continue to care for the fry and protect them until they are big enough to fend for themselves.

However, once the betta fish begin to show signs of reaching maturity, they should be separated since the father will not be kind toward the offspring and vice versa.

What Is Betta Fish Breeding Season?

Betta fish can breed all year round, but they are most active during the spring and summer months. The water temperature plays a role in their breeding behavior.

Bettas are tropical fish; thus, it is best to keep them in warm water. The ideal water temperature for breeding bettas is between 80 and 82 degrees Fahrenheit.

What Happens When Betta Fish Don’t Get Along?

Betta fish are not always peaceful with each other. In fact, they can be pretty aggressive. This is especially true when they are breeding.

When bettas fight, they will often flare their gills and fins. They may also chase each other and bite each other. In some cases, these fights can be quite violent and even deadly.

Because of this, it is vital to only put bettas together when you are sure that they will get along. Otherwise, you risk them injuring or even killing each other.

A good practice is to use a tank divider and slowly acquaint themselves. And when it’s time to spawn, bring them together for a short period of time.

Sometimes when you put male and female betta together, your male betta doesn’t show any interest in her. He may not be interested in one of two reasons: his temperament or his health.

It’s time for a new male partner. But, of course, you can also change the female partner. If male & female betta doesn’t show any affection towards them, it’s impossible to breed.

How Do Betta Fish Mate Without Killing Each Other?

In the wild, bettas live in rice paddies and stagnant pools of water. These bodies of water are often filled with plants and other hiding places.

Bettas are territorial fish, so they will often establish a small territory within these bodies of water. However, they don’t like to share their territory, either male or female.

But how do betta fish reproduce if they kill each other? It’s because of male bettas. They are fascinating characters, and they make bubbles nest of various sizes and thicknesses where their future fry will live and be protected.

Most male bettas will often create bubble nests even if no female is present. Finally, after doing all the hard work, if a male betta feels interested in a female he will try to attract her.

To attract female bettas, male fish flare their gills and stretch out their fins in a display of affection. On the contrary. there are vertical lines called breeding bars that appear on the female if she is also interested.

Now, the chase begins. If the female is not yet ready to breed, the male will continue his pursuit until she is. When she is ready, the female will allow the male to wrap himself around her, and they will sink to the bottom of the tank, where he will release his sperm, and she will lay her eggs.

The female can lay anywhere from 20 to 100 eggs, which the male will then fertilize. The male will gently take the fertilized eggs in his mouth and deposit them in the bubble nest. He will then continue to care for the eggs until they hatch.

How Do Betta Fish Mate?

As you already read the description of how breeding occurs in betta fish, I invite you to see the video below to better understand the process.

How Can You Breed Betta Fish At Home?

You’d put these fish through a month of “conditioning” first to get them ready to mate. The ideal way to do this is by providing a diet rich in living foods, protein, and a little amount of fat so that they are strong and healthy and well-covered in fat.

You can do that in a breeding tank with a divider. Put male and female bettas there; they can see each other but can’t get to one another.

If you decide to keep them together in the same tank without a divider, make sure the female has lots of covers to hide in. As long as the male acts territorially toward the female, she’ll need a place to hide.

Some biological action will trigger once your male betta notices the female betta. If he feels interested in her, he will try to attract her. As his color deepens and his fins flare, you’ll know he’s ready. If the female also feels affection, her color will darken and display vertical stripes.

Eventually, a female will appear to fill up with eggs. Then you’d carefully introduce the pair when the bubble nest has been built by male betta and hope they like each other since they’ll fight if they don’t like each other.

See the video below to better understand how you can breed betta fish in your aquarium at home.

How To Know If Male Betta Is Ready To Breed?

When the male is ready to breed, the male will build the bubble nest by blowing bubbles from his mouth and attaching them to plants or other objects in the tank.

Bubbles of the bubble nest will float on top of the water. They will appear as clusters of tiny bubbles. After the nest has been constructed, male betta fish will often remain under it in the hope of mating with a female.

How Many Times Can A Betta Fish Lay Eggs?

When your female betta produces eggs, you may be wondering when the next batch will arrive. Betta females may lay eggs once every two to three weeks.

Bettas are generally highly productive. However, if you have weak or unhealthy bettas, they may take longer to lay eggs.

How To Care For Betta Fish Eggs?

Once the female has laid her eggs, the male will carefully gather them up in his mouth and place them in the bubble nest. He will then continue to care for the eggs until they hatch.

You can help take care of the eggs by removing the female betta from the tank as soon as she lays the eggs, as she can consume all the eggs. In addition, make sure the water is clean and free of ammonia and other toxins. You should also avoid disturbing the male as he cares for the eggs.

When the eggs hatch, the fry will be tiny and vulnerable. They will need to be fed a diet of live foods such as brine shrimp or micro worms.

Betta fish are beautiful and unique creatures that make great pets. Now you know how do betta fish reproduce and related information.

If you’re thinking about breeding bettas, it’s essential to ensure you’re providing the best possible care for your fish.

You can successfully breed betta fish at home with patience and effort. I hope this article has helped you understand betta fish reproduction better.

Do you have any questions? Feel free to leave a comment below, and we’ll be happy to answer. 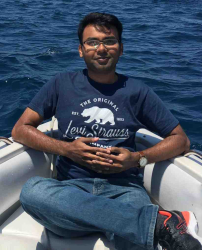 Dipan Shaw
Dipan is a Ph.D. in the Deep Learning branch of Computer Science Engineering. He is also passionate about fishkeeping. He has been involved in aquatics for more than 10 years. He wants to help you with all of his fishkeeping knowledge.