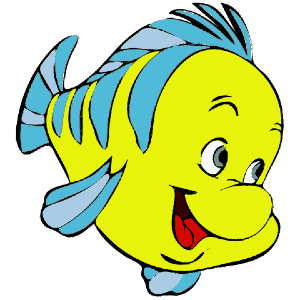 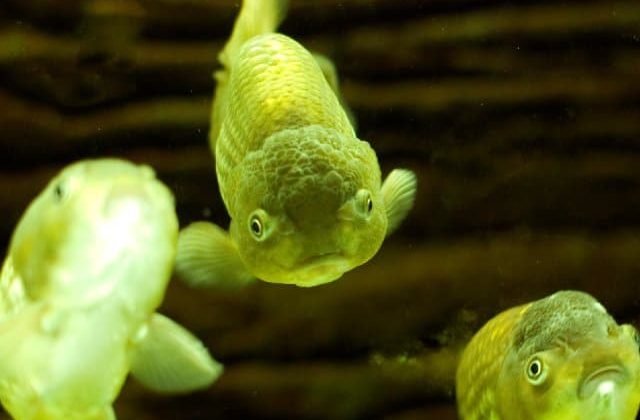 Freshwater aquarium fish are the best, mostly due to their attractive, calm, unique, and bright colors. Typically people start with freshwater community tanks.

Some of us are so excited to have the first aquarium stock with fish without paying close attention to fish selection. You have to ensure that the selected fish will survive in the community water tank or adapt to the environment. So proper selection is crucial.

Making the best decision will not only save you the time of having to return fish to the aquarium, but you also save money and the stress level that comes with it.

Getting the right size and quality fish is good not only for you but also for the life span of the fish. Some fish may not survive well in the community tank because they need special water conditions to survive. They are sensitive to water quality, and some are not suited to the standard community water tank.

Beginners should select peaceful and hardy fish that can tolerate a wide range of variations and not prone to any particular disease. At the same time, they must not require any special care.

Sometimes, we are victims of misguidance from aquarium employees who are marketing their fish and will not reveal to you if these fish are the right ones for you. That is why it is advisable to do thorough research on the kind of fish that will suit your community water tank when you are planning to buy aquarium fish.

Here is a list of the top 5 freshwater aquarium fish that a beginner should avoid. 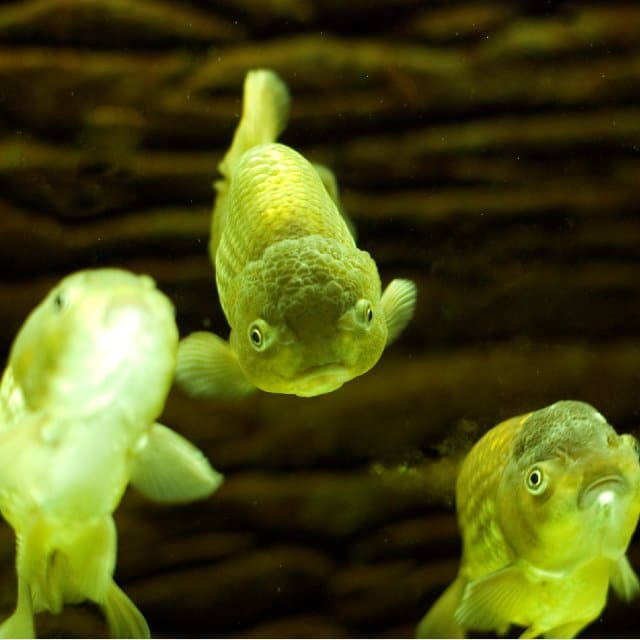 Facts about Clownfish, Take Care of Your Nemo

Why Fish Die After Changing Water, Find the Facts 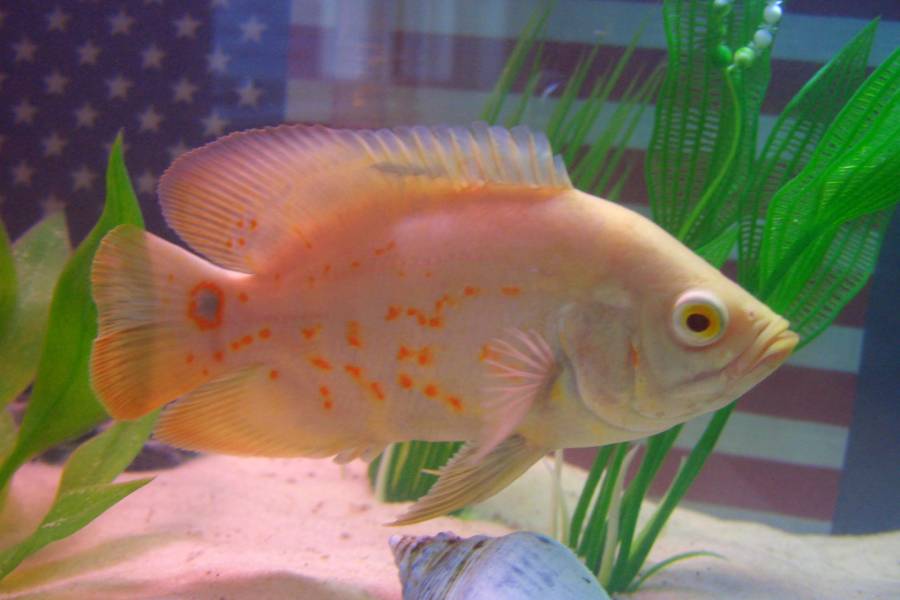 Topping this list of 5 freshwater aquarium fish that a beginner should avoid is Oscar. This is a predatory fish from the cichlid family that is known to be aggressive.

Most people select this type of fish for freshwater aquarium because they enjoy watching it preying on the slow and calm fish that swim close to Oscar and are poor feeders.

Oscar is so attractive that sometimes it is hard to resist, and you want to take it home for your freshwater aquarium. Despite its attractiveness, Oscar is not the best aquarium fish for a beginner due to the following reasons.

First, they require a larger aquarium that most beginners are not able to provide.

Third, this type of freshwater aquarium fish is susceptible to a hole-in head disease that is very difficult to treat, and thus, beginners should avoid it. The hole-in-head disease in Oscar is caused by the poor quality of water.

Fourth, they produce a large number of wastes, and if not changed regularly, nitrates become toxic to this kind of fish.

The feeders may also increase the chances of Oscar contracting diseases, and also it is difficult to get a kind of fish to keep together with

Oscar because they can prey on them easily due to their largemouth. Because of these reasons, Oscar is not a suitable fish for a freshwater aquarium for a beginner. 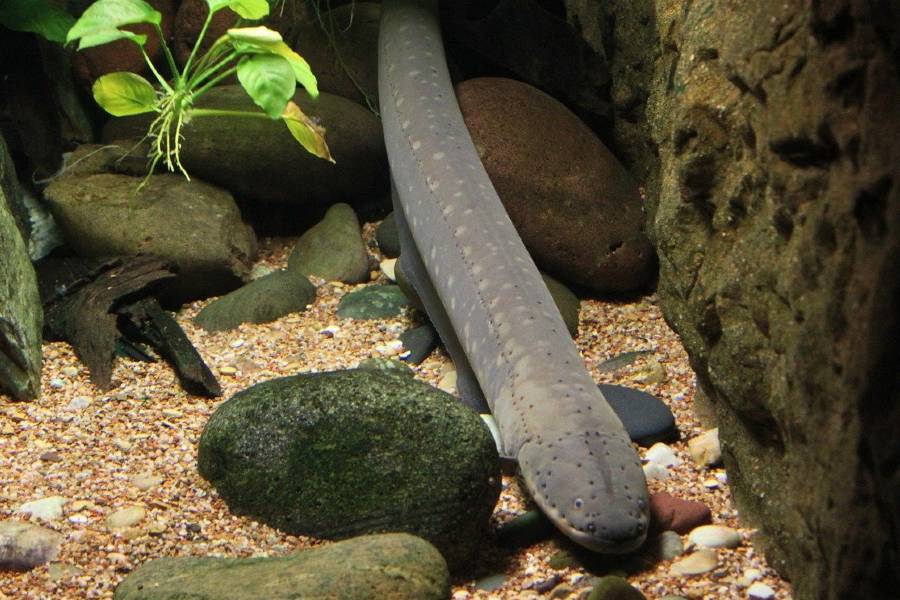 Freshwater eels are one of the 5 freshwater aquarium fish that a beginner should avoid. This is because of the following reasons.

First, many freshwater eels grow to a foot long or more than a foot long, which is difficult to be cared for by a beginner considering the small water tank a beginner starts with.

Second, freshwater eels are good at escaping and can slip on the floor and get injured.

Many other species are sensitive to the quality of water. They require particular substrates to be added to prevent their skin from being damaged, which might be expensive for a beginner.

Freshwater eels may also get shocked and nervous quickly. Hence they keep hiding most of the time while others are difficult to feed with regular feeds and may require algae in the tank, which gets exhausted easily. 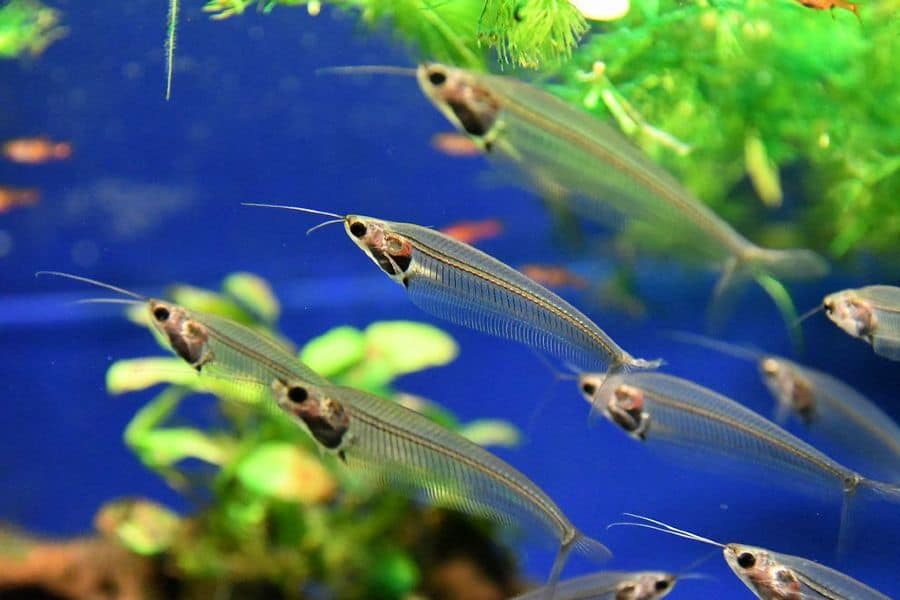 These are the most attractive fish which could have been ideal for the community water tank aquarium.

They are small, transparent, and calm with bright colors, but they are not suitable for a beginner despite these features.

Glass catfish are extremely shy and spend most of their time hiding in corners all day, making it almost impossible for you to see them. They also require medium-sized shoals that are 7-10 fish for it to fit comfortably.

This makes it difficult for a beginner because you might want to start with only a few fish as pets. And Glass catfish seem more suitable for experienced fishkeepers because they do well in large schools.

They are also too fragile even in a slightly unstable water tank and might break their bodies easily.

This factor strains a beginner with few resources to properly give this fish pet the kind of attention it needs. 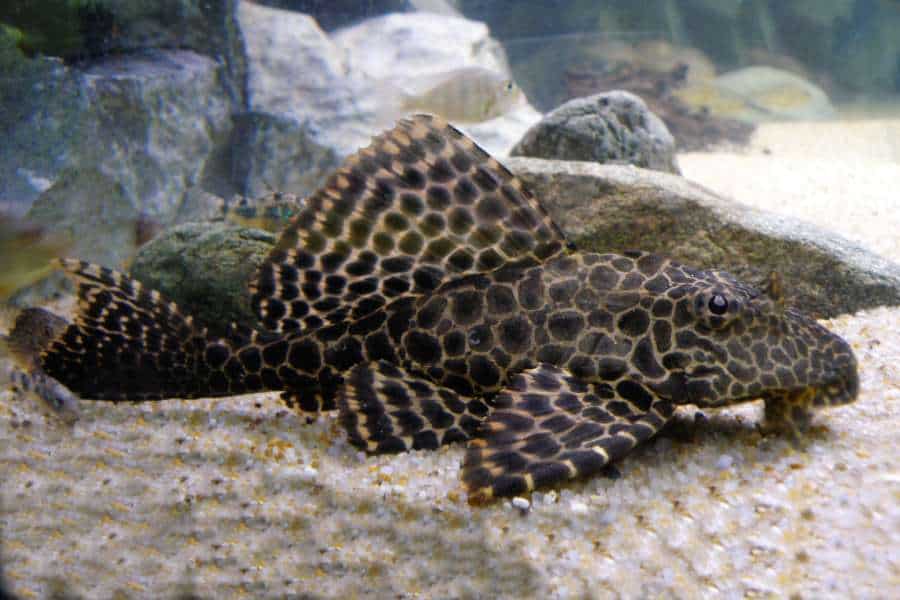 Are you having a water tank full of algae and wondering which kind of fish to put in there to feed on the algae? Then pleco is your solution as it will feed on all the algae in the water tank within no time.

Despite this, pleco is still the freshwater aquarium fish that a beginner should avoid because of the following reasons.

First is that they are enormous waste-producing creatures. You will require a bigger tank to accommodate it, such as a ninety-gallon water tank. Their size will increase up to eighteen inches, which are way too long for a standard tank to accommodate.

Second, they are high pooping machines and can destroy your tank as a beginner if you don’t clean it rapidly; therefore, it is straining. It is better for a beginner to clean the tank than keep this huge and high waste production fish.

Third, pleco also consumes a lot of algae, and it will be expensive to get more algae or other green leaves within a short time. You should also remove the remaining green leafy because it might interfere with the freshness of clean water in the tank.

They also need driftwood to nibble in the tank and stay healthy. These factors, therefore, make pleco not suitable fish for beginners to start with. 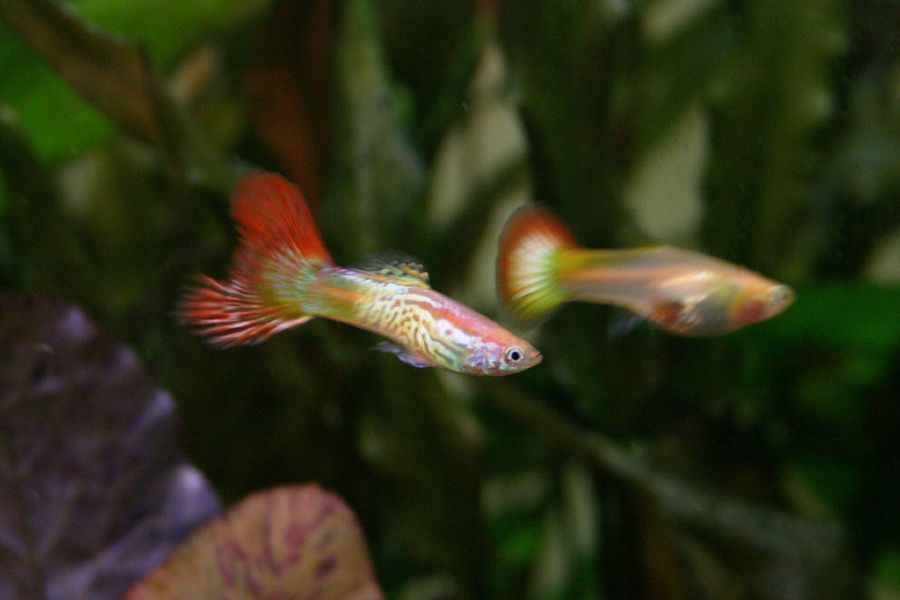 Fancy guppies are one of the best kinds of pet fish, especially with their small size body, attractive, bright colors, and calm nature. These kinds of fish have been in existence for a long time and have been kept as fish pets. Fancy guppies are also friendly, and that is what most people love about this kind of fish.

However, fancy guppies are not easy-to-care pets for freshwater aquariums despite these great features, and a beginner should avoid them.

They are very delicate, and most of them do not reach home alive after being purchased from the dealers’ tank.

The main reason for the high death rate is that fancy guppies have undergone selective breeding for ages, leading to weak species with a shorter life span.

Feeder guppies could be a good alternative, but unluckily they are not. This species prone to many diseases and can die easily.

Besides the mentioned five, some pet fish, such as the red-tailed black shark, are aggressive for beginners to keep.

There is nothing like bad fish to break your heart at the starting of an exciting hobby. No wonder you may buy the wrong fish in case you do not do proper research.

If you are a beginner, you may be tempted to visit a fish pet store and choose any fish you like. It is true that this may work if you are choosing pet fish such as tetras and livebearers, but may not work for all species.

Although it is advisable for beginners to avoid the above 5 freshwater aquarium fish, you can find many fish species that you can stock in the fish tank. So nothing to be worried about, enjoy fishkeeping!

Hello, everyone! Welcome to my aquarium blog. Fishkeeping is my passion, and I started this fascinating hobby back in 2006. Besides my engineering profession, I deeply studied many fishkeeping topics since I started building my home aquarium. I researched effective aquarium filtration and lighting of planted aquariums. I am keeping 20+ species of freshwater and saltwater fish as my aquatic pet collection. I successfully experimented with a complex ecosystem inside the aquarium, biotope aquariums, aquaponics, etc. I would love to share some learnings from my hands-on experience of the last 14 years. Hopefully, my sharing will be somewhat helpful to make your aquarium journey awesome!