Goldfish are beautiful fish that can make great pets. They have vivid colors and shapes, which initially draw people to them in the first place! Another interesting fact about these aquatic animals? Their eyesight – some say it’s better than ours!

We air-based creatures are blessed with excellent eyesight and can see for miles when necessary! The goldfish can see clearly up until about 15 feet. Still, they have a superior vision to humans in some respects.

But can goldfish see in the dark? This article will explore goldfish’s night vision and other important facts about their eyesight!

Contents show
1 Can Goldfish See In The Dark?
2 Vision Is An Important Sence For All Animals
3 Fishes’ Eyesight
3.1 UV Light And Vision Of Fish
3.2 Adjustable Vision Of Fish
3.3 Polarized Light
4 How Good Is The Eyesight Of Goldfish?
5 How Do Goldfish Navigate At Night?
6 Should Goldfish Be Able To Live In The Total Darkness?
7 How Much Light Does Your Goldfish Need?
8 But Darkness Is Also Important For Goldfish
9 How Much Do Goldfish Sleep At Night?
10 Do Goldfish Dream?
11 Can a Goldfish See Outside The Tank?
12 Can Goldfish Hear?
13 Final Words

Can Goldfish See In The Dark?

First things first! Goldfish are not very good at seeing in the dark. They can only perceive any textured objects and shapes that have light reflected off them, so it’s difficult for them to find food or avoid obstacles when there’s no illumination present!

But, they can rely on their sense of smell to navigate through the dark during nighttime. Goldfish also use an organ called Lateral Line Organ (LLO), which is sensitive enough for them to detect even small changes in water movement or vibration!

Goldfish have developed a rather interesting way of seeing in darkness by using their lateral line system, which I will describe in later passages of this article.

Vision Is An Important Sence For All Animals

Some animals have more cones than humans, which means they can see a broader range of colors. For example, many bird species are able to discriminate between different shades – thanks in part to these extra pigments-driven eyesight traits that give them an edge when it comes to hunting for food or warning their flock about danger!

The eyes of a fish are similar to that of any terrestrial vertebrate like birds or mammals, except they have more spherical lenses.

Many fish see colors that we can’t, including ultraviolet light.

These creatures also have a variety of other senses and are also sensitive to polarized lighting.

They have unique mechanisms of self-defense! For example, if you shine an LED flashlight towards yourself, your friend will become anxious because he thinks something terrible happened!

UV Light And Vision Of Fish

Visual pigments help fish see the world by absorbing various light waves. Some species use them to detect UV rays which are especially useful when looking for prey or predators in low-light waters.

Many fish have a pigment in their eyes that allows them to see beyond the UV spectrum. This ability gives these creatures better perspectives on dangers and prey, which can help survival rates, among others things!

Though fish with blessed eyesight can see beyond the UV spectrum, as they age and move towards deeper waters, their vision becomes less potent in this range of light.

The Hagfish and its distant ancestors are known for living deep into the ocean, where sunlight rarely sunk below surface level. This is why these fish have grown a primitive eyespot that reduces their need to develop regular eyesight to survive predators who can’t see too well down there!

Deepwater fish with convex lense eyes have a better chance of seeing in the dark because they can gather more light than their counterparts, usually of eyes with concave lenses.

This is also an essential trait for fish in dark water ponds and lakes where it’s difficult to see without shining bright lights.

Many fish are sensitive to polarized light as they can detect UV. The many different ways fish communicate with each other, and their surroundings are fascinating!

For example, some use polarized light to detect predators or prey. This means they avoid reflections in water because these could be silhouetted against the natural colors of the object.

Because of their ability for polarized light, which is most abundant during morning or evening hours, they can avoid predators.

Detecting polarized light gives them the upper hand when it comes across surfaces that may bounce some unwanted reflection back at them; they can see predators lurking nearby by looking through a still view instead!

The goldfish’s vision is improved with this polarized light. It can see above water and through transparent surfaces, helping them swim around more easily!

How Good Is The Eyesight Of Goldfish?

The eyesight of a goldfish is said to be superior when compared with that human. We humans can only pick up red, green, and blue (RGB). RGB alone makes up every color you’ve ever seen in your life!

Goldfish have the biological ability to perceive a broader range of colors than us. For example, they can see not only red, green, and blue, but also ultraviolet light like other fish species, which we cannot detect with our human eyesight.

Goldfish are sensitive to polarized light, making them easier for other fish in the tank or pond water to detect. This could be helpful information when schooling and finding food sources since it also helps orient neighboring creatures!

How Do Goldfish Navigate At Night?

Goldfish are not only able to see in the dark, but they also have an amazing sense of smell. They can use it to navigate around their aquarium.

What’s even more surprising, though, is that they also possess what’s known as a lateral line system– along with the inner ear called Octavolateralis!

Goldfish use their unique ability to sense their surroundings – they can feel minor changes in vibrations and pressure in surrounding water, which would explain why they can detect movement or changes around them even at night.

Goldfish have developed these functionalities to such an accurate and functional point that you could even say they are able to see with their ears.

Should Goldfish Be Able To Live In The Total Darkness?

Goldfish can move smoothly without light, but they can’t live in total darkness – it turns out they also need adequate light to thrive. Goldie lost most if not all colors in his body and turned white without enough light!

Goldfish need a light period and dark cycle, just like humans. If they don’t have enough day or night time of the correct duration to adjust their internal body clocks, goldfishes will become stressed, leading to an unhealthy state where death may be possible.

How Much Light Does Your Goldfish Need?

The perfect goldfish tank requires adequate light. However, the amount you need depends on factors such as whether or not your fish has live aquarium plant backgrounds and what size they are kept in overall.

For smaller tanks that only contain artificial plants, 1-2 watts of light per gallon of water is perfect! However, planted goldfish tanks require more light depending on the type of greeneries you keep.

So, goldfish need to be kept in an aquarium with the right amount of light. Too little illumination and your goldfish will mess up with sleep cycle, eating habits that can lead to health issues; too much darkness could make them pale or even cause white fins and body color!

But Darkness Is Also Important For Goldfish

Goldfish need a dark environment to sleep as we do.

If you turn the light on for your goldfish during the night, they will become confused and not know what time of day it is – which can harm their health because some bodily functions don’t work correctly when this happens!

We should maintain a regular schedule to mimic the natural day-night cycle in a goldfish tank. Too frequent changes in light intensity are not good for them.

When the aquarium light becomes low, it makes goldfish have a hard time seeing. And if we tend to switch off our lights and on again too frequently for them (making their eyes weaker), they are at risk of getting hurt or uncomfortable in this unstable environment.

How Much Do Goldfish Sleep At Night?

Goldfish are cute little creatures that can sleep while remaining peripherally aware of their surroundings! They take several short cat naps during a period where they rest instead of sleeping for long stretches.

That’s why it is important for your goldfish to get 8-12 hours of darkness each night, so they can maintain their natural balance and sleep cycle.

Goldfish sleep by hovering just above the bottom of the tank with their head tilted slightly downward. They cannot close their eyes because they do not have eyelids!

Also Read: How Do Fish Sleep In A Tank? Interesting Facts!

Goldfish have a different pattern of brain waves than humans do, so it’s hard to tell if these creatures are actually entering the REM stage or not.

However, the way their brains work, it seems there is no activity throughout all four stages that we know as “sleep.”

So the researchers conclude that – goldfish don’t dream when they sleep!

Can a Goldfish See Outside The Tank?

Goldfish are intelligent fish, and it turns out they have a pretty good sense of smell too! So it’s not surprising that when you’re about to feed your goldie friend their favorite food (who doesn’t love being beckoned by an eager little mouth?), they start begging.

Goldfish often try to bite at their tank glass when you press on it like they’re hungry for some fish food!

But if this aquarium-bound angel can’t see what we’re doing outside their tank, then there’ll be no more charming petting sessions.

Of course, when you are near a goldfish aquarium, they can see you! But sadly, they can’t recognize you as their owner! (They don’t have that brain.)

In fact, goldfish can see quite well outside the tank; they can scan for movement in the room by using both sides of its face, which function as one big pair of tracking devices!

But the further away something moves from them – the worse their vision becomes.

Goldfish cannot use their ears as much as the same way we do. Instead, the inner ear of a goldfish contains highly sensitive parts which can pick up small vibrations, pressure changes, and movements in the surrounding water – then translate them into navigation signals for processing by special cells in their brain.

This helps form what’s known as an “Octavolateralis System” – one where not only does this fish hear sounds but realize surrounding movements too!

Goldfish have good eyesight and can see clearly up to 15 feet away, which is why sometimes a sudden movement from afar might startle them. But they need light to see.

Goldfish cannot really see in the dark, but their strong, unique senses make them great at surviving in the darkness.

But leaving your fish’s lights turned on/off for an extended period is not recommended because it might disturb its body cycle and eating habits, which will probably lead you into trouble sooner than later!

Please leave your comments below if you want more information on this topic. 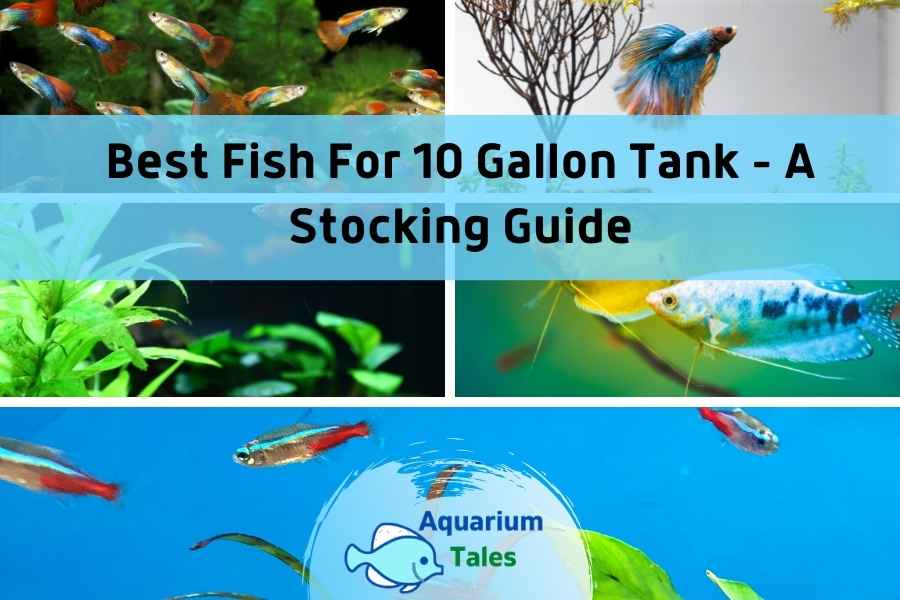 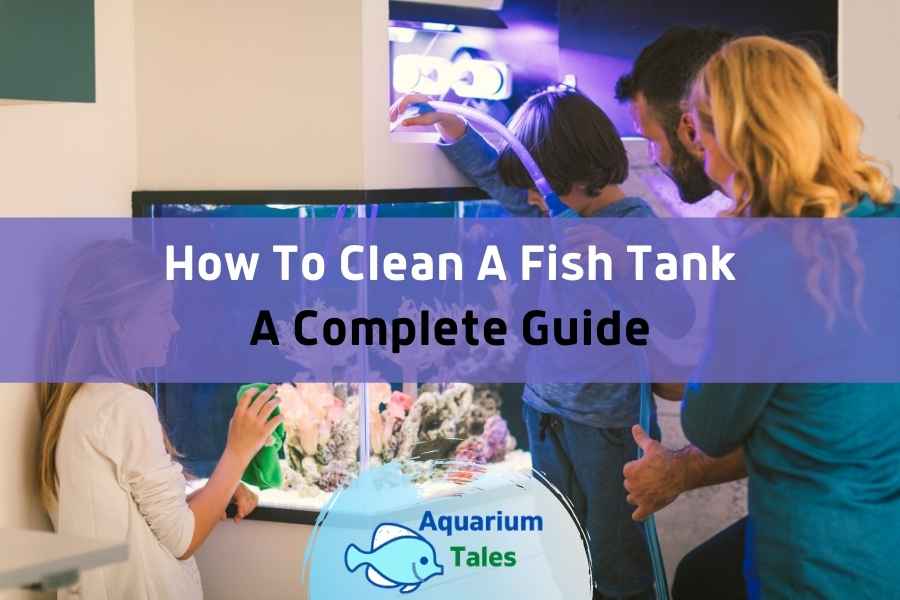 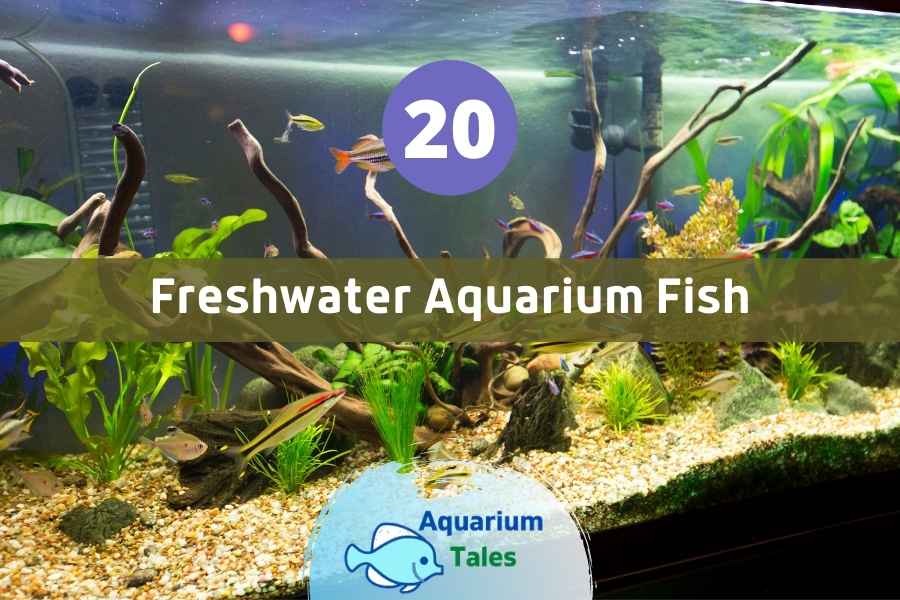