Home aquariums have become increasingly popular as accessibility and general quality have improved with products like the biOrb taking the aquatic world by storm. For those dipping their toes into the world of aquatic upkeep for the first time, they may be taken aback by the variety of options available. As well as the various filters that are needed for the proper maintenance of an aquarium.

One such filter is an ammonia filter. It is not something most people will have come into contact with. Filters aren’t generally used with typical fish tanks so it may not be readily apparent what an ammonia filter does and what its purpose is. This article hopes to clarify all this as well as explain what ammonia actually is and why it’s hazardous to your fish.

Contents show
1 What is ammonia?
2 How does ammonia enter your tank?
3 Managing your ammonia levels
3.1 Biological filters
3.2 Chemical Filters 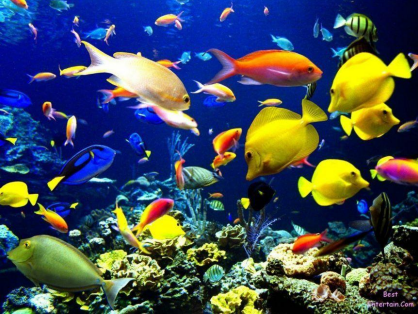 Ammonia is a toxic compound that is created as a waste product and can be a major killer in a fish tank or aquarium. As a colorless compound, it can be hard to detect and this means it can cause major damage unnoticed. The main signs of an ammonia overload in your tank are the following:

Those are strong indicators that something is wrong.

How does ammonia enter your tank?

Ammonia ends up in your tank in a number of ways. The most common is from the fish themselves in the form of waste and from organic matter such as plants and food.

This is why overloading your tank with new fish can be dangerous as you add too much ammonia at once with the fish tank unable to cope with it through natural means. It’s recommended to wait 3 months to allow the nitrogen cycle to occur before adding lots of new fish to the tank.

This is also why it is important to not overfeed your fish as it is simply introducing organic matter to the water. Any organic matter that is allowed to break down in your tank is going to introduce ammonia and this can quickly overload the tank’s ability to break it down quickly.

Ammonia can also come from outside the tank in your water if you are using tap water to fill your tank. Some water treatment facilities make use of chloramine. It’s a type of chemical that binds chlorine to ammonia, as a disinfectant to make water safe to drink.

If you are constantly trying water changes and still getting high levels of ammonia in your water when you test it, it is likely that this is the issue.

To fix this, you’ll need to buy a de-chlorinator product to remove the chlorine. This will leave the ammonia behind. But if you are just starting your tank, this is actually useful as it allows you to do a fishless cycle (the recommended process of starting the natural nitrogen cycle in your tank, without introducing fish) easier since you might not have to introduce any ammonia up front in order to kickstart the cycle.

Your aquarium will go through something called a nitrogen cycle naturally. Where useful bacteria consume the ammonia and convert it into nitrates. Nitrates can be removed from the water via another filter or through the use of plants that naturally consume nitrates.

This is a natural process but it is also delicate and an off-balance can cause the cycle to break and for ammonia levels to be quickly unmanageable.

There are three different types of filters commonly used in fish tanks and aquariums to control the levels of ammonia and to help correct spikes. These are biological filters, chemical filters, and mechanical filters.

This next section will break down the two most common filter types used with ammonia filtration, biological and chemical, and how they work as well as offer some examples of their use.

Mechanical filters can technically help with ammonia filtration but this is just down to them catching debris and potential ammonia hazards. If you want to have more control over your ammonia levels, the other two filters are far more beneficial.

Biological filters are the most popular form of filter commonly used in aquariums. These work in the same way as natural bacteria. They provide a home for the bacteria (often via having a large surface area to host more bacteria). It also allows a natural flow for the water, helping to clean it and convert the ammonia into nitrates.

A common form of biological filter used is live rock. Live rock is, as the name suggests, basically rocks or dead coral that have broken off the reef and contain a vast array of small invertebrates and beneficial bacteria.

This is strictly a seawater filtration tool as the rock will upset your freshwater tank and introduce seawater to your water which can kill your fish. Live rock is such a powerful filtration tool as it contains a multitude of bacteria on both the exterior and interior of the rock.

In freshwater aquariums, sponges or sponge filters are typically used as biological filters. Its large surface area is vital to growing and preserving the bacteria colonies in your aquarium. 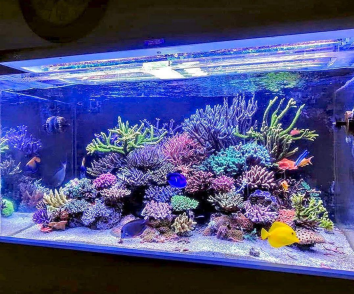 Chemical filters are typically seen as a last resort for aquarium owners, a way to chemically control the ammonia levels and remove them. These filters usually work through a chemical exchange, meaning that they store the dangerous ammonia inside themselves as this leads to them having to be switched out more frequently.

A form of this is known as Ammonia Block. Ammonia Block allows your filter to grow its colony of bacteria slowly as you add your fish without allowing ammonia past the chemical area, preventing an ammonia spike. Through this unique process, the mechanical section holds waste.

As it breaks down in the filter flow, it produces ammonia which intern feeds the biological section, allowing bacteria growth and a natural cycle. Any excess ammonia will be removed by the Ammonia Block, safeguarding your aquarium. This product comes in a unique round pod designed by RP Aquatics in the UK.

Ammonia is something that you will need to be aware of and be able to keep under control as a home aquarium or fish tank owner.

There are various products available on the market that allow you to keep track of the ammonia levels of your water. As well as the previously mentioned Ammonia Block which allows you to keep those levels under control.

We highly recommend testing your water frequently and especially after the death of a fish. While ammonia may not be the cause, it is always better to be safe rather than sorry.